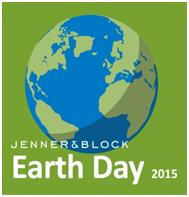 As it has since 1994, on April 15 of this year, U.S. EPA published its annual Inventory of U.S. Greenhouse Gas Emissions and Sinks. The Inventory tracks greenhouse gas ("GHG") emissions from man-made sources, by year, starting in 1990. The Inventory began as part of the U.S.'s commitment to the United Nations Framework Convention on Climate Change ("UNFCCC") and uses the same methodologies as other UNFCCC members for developing and reporting data. Details on the 20th Annual Inventory can be found at http://www.epa.gov/ climatechange/ghgemissions/usinventoryreport.html.

The 2015 Inventory contains data from 2013 and in comparison to prior years. In 2013, U.S. GHG emissions totaled 6,673 million metric tons of CO2 equivalents ("MMTCO2e"). Those emissions are a 2% increase over 2012 emissions, although they remain lower than the peak amount (7,399.78 MMTCO2e), inventoried in 2007. The leading GHG emitted remains CO2, with its principal sources being electricity generation and transportation, followed by all other industrial sources.

The Inventory, which is submitted to the UN for further reporting and analyses with other countries' data, is different than the annual reports prepared by U.S. EPA pursuant to the GHG Reporting Program. The GHG Reporting Program was established by U.S. EPA rule on October 30, 2009. The Reporting Program accumulates emission data from years beginning with 2010 emissions and relies on reporting from 8,000 individual large sources of emissions (typically over 25,000 MMTCO2e/year). The Inventory, which EPA calculates based on national energy, agricultural, and other statistics, is meant to account for 100% of U.S. man-made sources, not just the largest sources. GHG Reporting Program data for 2013 was reported on September 30, 2014 and can be found at http://www.epa.gov/ghgreporting/ghgdata/mediacenter.html.

Posted at 11:20 AM in Climate Change, Greenhouse Gas, Sustainability | Permalink