World leaders and delegates from over 150 nations have converged in Paris, France for the United Nations Climate Change Conference (also referred to as COP21).  The conference, which is scheduled to run from November 30th through December 11th, has as its goal achieving a legally binding agreement intended to limit greenhouse gas emissions in order to ensure that global average temperatures do not increase in excess of two degrees Celsius over pre-industrial global temperatures.

Leaders of both the United States and China addressed the conference attendees.  President Obama noted that recent economic growth in the United States has come despite a lack of growth in carbon emissions, proving that climate advancements need not come at the expense of the economy or individual livelihoods.  Chinese President Xi Jinping struck a somewhat different tone, saying that the conference "is not a finish line, but a new starting point" and that "any agreement must take into account the differences among nations” and that “countries should be allowed to seek their own solutions, according to their national interest."

Prior to the conference, countries had voluntarily submitted climate action plans referred to as Intended Nationally Determined Contributions (“INDCs”) that are intended to form the basis for any agreement that might be reached over the next two weeks.  According to the United Nations Secretary General, more than 180 countries have submitted their INDCs which covers almost 100% of global greenhouse gas emissions.  However, in order to reach the above-referenced goal of less than a two degree temperature increase, the Secretary General noted that developed countries would need to be prepared to expend $100 billion dollars by 2020. What if anything the developing countries would need to contribute is much more nebulous but is a topic that is certain to be discussed at the conference.

We will continue to blog on COP21 over the next several weeks while the conference is in session.

President Obama will be in attendance for the initial few days of the talks and Secretary of State John F. Kerry, Energy Secretary Ernest Moniz and others will continue negotiations after the President leaves.

The advanced agenda for the talks is available here.

In recognition of the Paris Climate talks, The Corporate Environmental Lawyer blog will feature a series of blogs over the next two weeks focused on climate change and developments from the negotiations. Please follow our blog to learn more about these issues and developments. 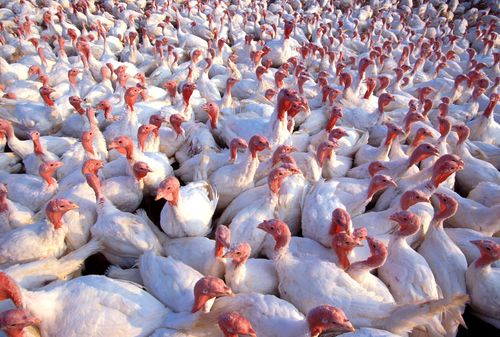 Here is some food for thought as we get ready to gobble down some turkey this Thanksgiving: A new $25 million plant under construction in North Carolina will convert turkey waste into energy. Prestage AgEnergy will use 55,000 tons of turkey litter a year to produce the equivalent of 95 million kilowatt hours of electricity and feed that renewable electricity back to the grid.

North Carolina has a lot of turkey waste on hand – it ranks second in the nation behind Minnesota in turkey production. In light of its prolific turkey farming, in 2007, the state passed an energy policy mandate that requires utilities to use a small amount of poultry waste-generated power. This will not be the first turkey-waste energy plant – Minnesota currently has a 55-megawat power plant designed to burn poultry waste as its primary fuel. However, the new North Carolina plant will reportedly be the first facility designed to run on 100-percent turkey waste.

Local reporting on the Prestage AgEnergy plant can be found here and here.

This week, Law360 published Lynn Grayson’s article titled "MBTA Unintended Consequences Of An Old Law." This article discusses the Migratory Bird Treaty Act (MBTA) and addresses whether the 1918 law is really effective today in safeguarding migratory birds from modern day threats. Ms. Grayson comments that “…the MBTA has changed very little but the world we live in has changed a great deal and the most significant threats to migratory birds today are vastly different than in the past.”

The article examines how modern day business and real life circumstances often expose companies and individuals to non-compliance and even potential criminal prosecution for incidental takings in the context of the MBTA. While U.S. Fish & Wildlife Service (FWS) traditionally manages incidental take matters through reliance upon voluntary guidelines, restricted permitting options and agency enforcement discretion, she questions whether that approach continues to work today.

Ms. Grayson concludes that “…Without legislative or possibly regulatory change, MBTA compliance for industry remains complicated, uncertain and costly. All industry sectors are entitled to a fair and just statute that delineates in a straightforward manner what is required to comply with the MBTA, as well as a clear understanding of the enforcement consequences of noncompliance. The new FWS proposal (discussed in the article) may be a step in the right direction. An even better development would be an MBTA amendment consistent with the recent Fight Circuit Citgo ruling that imposes strict liability only in cases of intentional and direct takes of migratory birds.”

Posted at 11:39 AM in Air, Allison A. Torrence, Sustainability | Permalink

Lynn Grayson and Steven Siros have published an article in the most recent issue of DRI’s Toxic Tort and Environmental Law Newsletter titled Nanotechnology: U.S. Legal and Regulatory Developments. In the article, Ms. Grayson and Mr. Siros discuss how nanotechnology affects every sector of the U.S. economy and impacts our lives in a myriad of ways through the 1,600 nanotechnology-based consumer goods and products we use on a daily basis. The article provides an overview of how nanotechnology is defined, insights on the regulatory framework and recent developments, possible concerns about nanomaterial use, and risk management considerations for U.S. businesses utilizing nanotechnology.

The full article is available here. 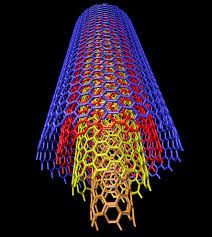 A recent study conducted by the University of Paris-Saclay identified the presence of carbon nanotubes in children’s lungs in France.  Researchers examined 69 randomly selected lung fluid samples and found evidence of carbon nanotubes in all 69 of the samples.  The samples were collected from the lungs of children between the ages of 2 and 17 years suffering from severe asthma.  Carbon nanotubes are often used in the manufacture of computers, clothing and healthcare technology.  Carbon nanotubes are also found in automobile exhaust.  Although the source of the nanotubes identified in the children’s lung fluid was not identified, the study found that the particulate matter was mostly composed of anthropogenic multi-walled carbon nanotubes ranging from 10 to 60 nanometers in diameter and several hundred nanometers long.

According to the study authors, this study was the first study demonstrating that carbon nanotubes from anthropogenic sources reach human lung cells. However, others have been critical of the study, noting that previous studies have not found evidence of carbon nanotubes accumulating in the lungs.  Please click here to view the study.

OSHA Penalty Limits to Increase Almost 80% in the Next Year, With Annual Inflation Adjustments Authorized Thereafter 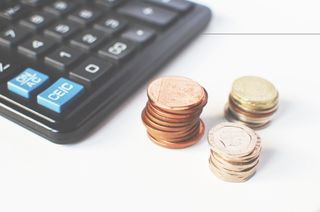 Buried in the landmark Bipartisan Budget Act of 2015 (H.R. 1314) (“2015 Budget Act”) signed by the President on Monday, November 2, 2015, Section 701 requires the Occupational Safety and Health Administration (OSHA) to begin indexing its penalty limits to inflation, much like the US EPA and other federal agencies do now.  This section, called the “Federal Civil Penalties Inflation Adjustment Act Improvements Act of 2015” (“2015 Penalties Act”), also has “catch-up” provisions, which mean that the existing $7,000 penalty limit (for other-than-serious and serious violations under OSHA, originally set in 1990) can be increased to approximately $12,477 per violation, and the existing $70,000 penalty limit (for willful and repeat violations) can be increased to approximately $124,765 per violation.  OSHA must adjust these penalties through an interim final rulemaking no later than August 1, 2016.