Steven Siros Presenting at a Webinar on Chemical Fingerprinting

On Wednesday, February 10, 2015 from 1:00 p.m.-2:30 p.m. (Central), Partner Steven Siros will be presenting at a DRI webinar titled “Relying on Chemical Fingerprinting as a Line of Evidence in Allocation Proceedings”.  The webinar will provide insights on the technical aspects of chemical fingerprinting for a variety of contaminants, including PCBs, dioxins, and chlorinated solvents.  The webinar will also provide an overview of how courts have treated chemical fingerprinting from an expert witness standpoint as well as a case study demonstrating how this technique can be used to delineate co-mingled plumes. Michael Bock, with Ramboll Environ will also be presenting at the webinar.  Here is a link to the webinar brochure.

Partner Allison Torrence discusses mobile-source emissions and the Clean Air Act in a new video in Jenner & Block’s “Insights” series. Allison focuses her discussion on enforcement and the EPA’s increasingly stringent standards. She also examines EPA actions that recently have been in the news regarding “defeat devices” that turn on vehicle emission controls during testing in EPA labs and turn off the controls when the vehicles are on the road.

Partner E. Lynn Grayson, chair of Jenner & Block’s Environmental and Workplace Health & Safety Law Practice, is prominently featured on the cover of the 2016 Illinois Super Lawyers Magazine and in a lengthy profile in the publication.

Titled “Product of Her Environment: Environmental Lawyer E. Lynn Grayson Saves Companies Green,” the profile discusses Lynn’s career, starting with being hired by the Illinois Attorney General’s office out of law school in 1986 at a time when the office needed more environmental attorneys to handle the rash of newly defined regulatory violations. “I fell into environmental law,” she says. 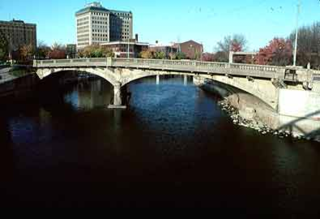 Yesterday evening, the Department of Health and Human Services designated Dr. Nicole Lurie, an agency assistant secretary, to lead the federal government’s response to the elevated lead levels allegedly found in the drinking water being provided by the City of Flint, Michigan, to its residents.  This designation came on the heels of a meeting between Flint’s mayor and Valerie Jarrett in Washington, D.C.  The federal government has elected to play a significant role in addressing this crisis, with President Obama signing an emergency declaration on Saturday which provided Flint with access to up to $5 million in federal funds.  The crisis began in 2014 when Flint stopped getting water from Detroit and began obtaining its drinking water from the Flint River in an effort to lower costs.

Climate Change, Energy Addressed in State of the Union

President Obama addressed the nation last night in his final State of the Union speech. While the President covered a wide range of topics, he spent time to discuss the often politicized and controversial topics of climate change and alternative energy. When outlining the “four big questions” he believes the nation has to address, Obama asked “how do we make technology work for us, and not against us, especially when it comes to solving urgent challenges like climate change?”

Later, Obama dismissed anyone who disputes the science of climate change, and framed the challenge of climate change as an opportunity for American businesses to invest in alternative energy. He claimed that the solar energy industry employs more Americans than the coal industry and pushed for giving homeowners the freedom to generate and store their own energy. Obama stated that he wants to accelerate the transition from “old, dirtier energy sources” by pushing to “change the way we manage our oil and coal resources so that they better reflect the costs they impose on taxpayers and our planet.”

The full transcript of the President’s State of the Union speech is available here and you can watch video of the speech at the White House's website.

Posted at 10:37 AM in Allison A. Torrence, Climate Change, Greenhouse Gas, Sustainability | Permalink 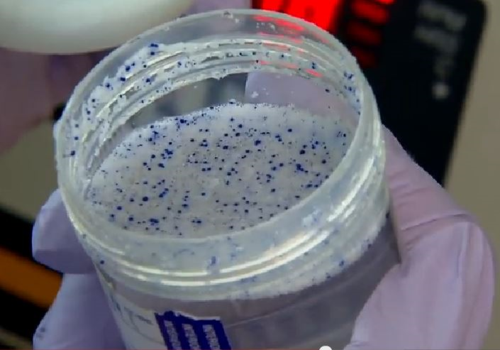 President Obama recently signed The Microbead-Free Waters Act of 2015, phasing out the use of microbeads in health and beauty products. This legislation moved swiftly through Congress and was passed by the House and Senate in December 2015 and signed by President Obama on December 28, 2015.

The new law requires the manufacturing of products containing microbeads to end by July 1, 2017 and the sale of them to cease by July 1, 2018. This legislation was supported by various health and beauty products trade and industry groups, many of whose members already had voluntarily committed to replacing microbeads with viable alternatives. The new law amends the Federal Food, Drug and Cosmetic Act in general banning cosmetics that contain synthetic plastic microbeads.

Microbeads have been the focus of growing environmental and health-related concerns since the very small particles are washed down the drain into waterways, lakes, streams, and rivers. Since the plastic beads do not break down, they are eaten by fish and animals, who often die because these materials cannot be digested.

As discussed a number of times in this blog, microbeads have been the subject of growing regulatory scrutiny. A number of states, as well as Canada, have passed laws working to ban the use, manufacture, and sale of microbeads over time.

The Microbead-Free Waters Act of 2015 is another example of consumer driven changes in products to safeguard and improve the environment.

Are Stricter U.S. EPA Pesticide Registration Reviews on the Table for 2016? 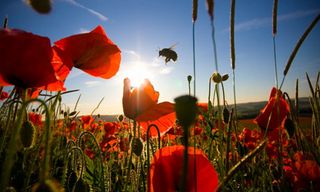 In 2015, the United States Court of Appeals for the 9th Circuit vacated U.S. EPA’s registration of the insecticide sulfoxaflor, finding that U.S. EPA lacked adequate data to ensure that its registration would not harm non-target species, and more specifically, bees.  Following the 9th Circuit’s decision in September 2015, U.S. EPA reversed its position on two other pesticide registrations.  In October 2015, U.S. EPA indicated that it planned to ban the agricultural use of chlorpyrifos notwithstanding U.S. EPA's previously stated intention to work with industry to mitigate the risks as opposed to an outright ban.  In November 2015, U.S. EPA sought to voluntarily vacate its prior registration of Enlist Duo on the basis that U.S. EPA had obtained new data suggesting that the combined toxicity of its two ingredients (glyphosate and 2,4-D) was higher than originally believed.  U.S. EPA was facing litigation in the 9th Circuit with respect to both of these pesticides which likely played a role in those decisions.  In addition, U.S. EPA’s anticipated decision with respect to the reregistration of glyphosate has been delayed on multiple occasions and is now expected sometime in 2016.

These actions are all suggestive that U.S. EPA has elected to adopt a more stringent approach with respect to its risk reviews of pesticides under the Federal Insecticide, Fungicide and Rodentcide Act (FIFRA) and the Endangered Species Act (ESA).  Such an approach is likely to result in significant delays in getting pesticide products registered and to the market. We will continue to follow these issues as we await U.S. EPA’s glyphosate reregistration decision which is likely to be the next significant U.S. EPA action in the FIFRA arena.

On Monday, January 4, 2016, the U.S. Department of Justice, acting on behalf of the U.S. Environmental Protection Agency, filed a civil lawsuit in federal district court against Volkswagen, Audi and Porsche (collectively referred to as Volkswagen). The lawsuit alleges that Volkswagen violated the Clean Air Act by installing defeat devices in approximately 580,000 diesel vehicles in the U.S. The defeat devices allegedly detected when vehicles were undergoing EPA emissions tests and turned on emissions controls during the tests so that emissions were reduced to permissible levels, but then turned off emissions controls during normal driving conditions on the road. The lawsuit seeks injunctive relief - including mitigation of excess NOx emissions - and civil penalties up to $60 billion.

The lawsuit contains only civil charges; the Clean Air Act does not provide for criminal penalties. However, as EPA noted in its news release, "A civil complaint does not preclude the government from seeking other legal remedies," and federal prosecutors are continuing their investigation into Volkswagen's actions related to the defeat devices. EPA also stated that it is in discussions with Volkswagen regarding potential remedies and recalls to fix the emissions controls in its diesel vehicles, but those discussions are still ongoing.