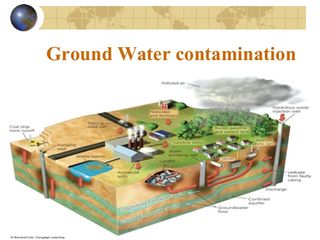 On March 7, 2016, the Ninth Circuit granted Boeing’s petition seeking to appeal the remand to state court of an environmental class action lawsuit alleging the improper disposal of hazardous chemicals into soil and groundwater at a site in Auburn, Washington. This would be the second time that Boeing has appealed an order remanding the case back to state court. In the first go-around, the district court granted plaintiffs’ motion to remand, applying the single-event exception to removal under the Class Action Fairness Act of 2005 (CAFA). Boeing appealed, and the Ninth Circuit concluded that the single-event exception to CAFA removal did not apply and directed the district court to examine plaintiffs’ separate argument in support of remand based on CAFA’s local-controversy exception. Under CAFA’s local-controversy exception, federal courts should decline to exercise jurisdiction over a class where at least two-thirds of the class are citizens of the state in which the complaint is filed and at least one defendant is a citizen of the filing state whose alleged conduct forms a significant basis of the asserted claims and from whom the class seeks significant relief.

The Ninth Circuit’s decision comes on the heels of another decision from the Tenth Circuit (Reece v. AES Corp., No. 14-7010 (10th Cir. 2015)) that rejected plaintiffs’ efforts to remand an environmental class action case back to state court. In its decision, the Tenth Circuit focused on CAFA’s local-controversy exception, noting that plaintiffs had the burden to demonstrate each of the requisite elements to warrant remand to the state court. The court found that plaintiffs had failed to satisfy their burden of demonstrating that more than two-thirds of the class were citizens of Oklahoma notwithstanding an affidavit that had been submitted by a local land records expert that endeavored to demonstrate same.

These cases may be indicative of a trend among federal court to apply heightened scrutiny to plaintiffs’ efforts to keep class action cases in state court. We will continue to track these cases and provide updates on the above-referenced Ninth Circuit appeal.