Can A Smartphone Be Used To Verify Compliance With My Air Permit—Surprisingly, the Answer Soon May Be Yes—and Other New Enforcement Initiatives 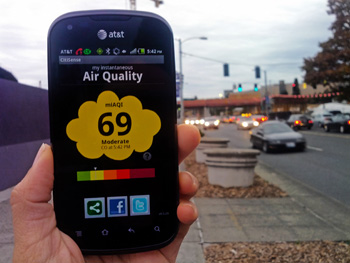 In an effort to capitalize on what U.S. EPA characterizes as the successful integration of its Next Generation Compliance strategy into its enforcement arsenal, U.S. EPA recently confirmed that it intends to incorporate Next Generation Compliance into future environmental settlements. For those unfamiliar with the strategy, U.S. EPA’s Next Generation Compliance strategy is intended to achieve a higher rate of compliance and reduce pollution through the use of advanced monitoring and information technologies. For example, through the use of Electronic Discharge Monitoring Reports to monitor compliance with Clean Water Act NPDES permits, U.S. EPA is able to more readily identify and prosecute permit violations. Moreover, since much of this information is then publicly available, environmental organizations and citizen groups are more readily able to identify violators, which could result in an increased frequency of citizen suits and/or increased pressure being brought to bear on the regulators to enforce against repeated violators.

In addition to these electronic monitoring and reporting obligations being incorporated into consent orders and other settlement documents, the regulated community may soon be facing the possibility of millions of “deputized” citizens monitoring permit compliance through their smartphones and other electronic devices. As smartphones and their associated applications become increasingly more sophisticated, ordinary citizens will be able to utilize these technologies to monitor emission levels in their communities.

For example, scientists at the University of California have built portable pollution sensors that allow users to monitor air quality in real time on a smartphone. How that data is subsequently managed by U.S. EPA is something that U.S. EPA is currently evaluating, according to comments from Gina McCarthy in a presentation to U.S. EPA’s Science Advisory Board. As these technologies become more readily available, the regulators are going to be inundated with data  and how that data is managed and prioritized could have significant impacts on the regulated community.