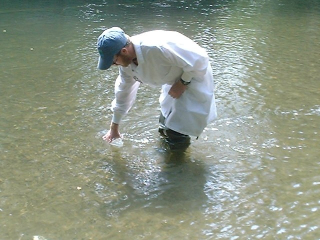 The State Water Resources Control Board has proposed a new maximum contaminant level (MCL) for 1,2,3-trichloropropane (TCP) of five parts per trillion (ppt).TCP is a manmade chemical found at industrial and hazardous waste sites. It has been used as a cleaning and degreasing solvent and also is associated with pesticide products.

California recognizes TCP as a carcinogen, and it has been found in numerous drinking water sources in the state. In August 2009, a public health goal (PHG) for TCP was developed by the Office of Environmental Health Hazard Assessment (OEHHA) for use by the State Water Board to establish an MCL. The PHG represents the level of TCP in drinking water that OEHHA believes does not pose a significant risk to health over a lifetime of exposure (70 years). The PHG for TCP is 0.0007 µg/L, or 0.7 ppt.

A drinking water standard, or MCL, establishes a limit on the allowable concentration of a contaminant in drinking water that is provided by a public water system. The State Water Resources Control Board is proposing 5 ppt as the MCL for TCP. Formal rulemaking is expected later this year, and if approved, the MCL would become effective July 1, 2017.

EPA published a technical fact sheet about TCP in 2014. More background information and guidance on the proposed MCL action for TCP also is available from the California State Water Resources Control Board.

TCP is yet another emerging chemical that has been the subject of ongoing federal and state regulatory review and discussion for several years. It also is a chemical being analyzed and assessed at the lower threshold level of ppt versus more traditional parts per billion (ppb). As is often the case, it appears that the State of California is initiating regulatory action addressing TCP concerns, and it is likely that other states will follow.