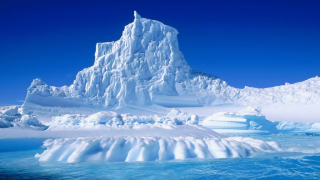 The United States, in conjunction with 25 other countries, recently approved the creation of the world’s largest Marine Protected Area (MPA) in Antarctica’s Ross Sea. The Ross Sea Region MPA will safeguard one of the last unspoiled ocean wilderness areas on the planet—home to unparalleled marine biodiversity and thriving communities of penguins, seals, whales, seabirds, and fish.

The Commission for the Conservation of Antarctic Marine Living Resources (CCAMLR)—which operates by the unanimous consent of its 25 members—reported its extraordinary progress in safeguarding a very unique environmental marine area. The designation will prohibit or strictly limit commercial fishing as well as mineral extraction, among other such activities. The Ross Sea MPA will become effective December 1, 2017.

The new MPA adds 1.55 million square kilometers (598,000 square miles) in new ocean protection in an area nearly twice the size of the state of Texas. This designation—on top of the nearly 4 million square kilometers of newly protected ocean announced around the world at the Our Ocean conference the State Department hosted in September—makes 2016 a landmark year for ocean stewardship

More information about this environmental marine achievement can be found at the CCAMLR website at https://www.ccamlr.org/.