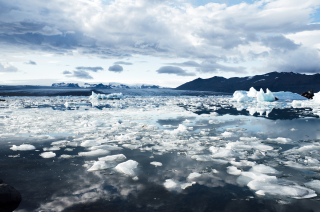 On December 20, 2016, President Obama announced that he was using his authority under the Outer Continental Shelf Lands Act (43 U.S.C. §§ 1331 et seq.) to prohibit drilling and oil exploration in certain areas of the Arctic and Atlantic Oceans. President Obama’s action was coordinated with Canada, where Prime Minister Trudeau announced a similar ban in Canada’s Arctic waters. The action will ban drilling in approximately 115 million acres of the Arctic Ocean, which represents 98% of federally owned Arctic waters, and 3.8 million acres of the Atlantic coast around a series of sensitive coral canyons.

The Outer Continental Shelf Lands Act (“OCS Act”) was passed in 1953 to protect the waters above the outer continental shelf – submerged lands beginning 3 miles from shore and extending to the 200-mile international-waters boundary. 43 U.S.C. § 1331(a). The OCS Act states that:

"The outer Continental Shelf is a vital national resource reserve held by the Federal Government for the public, which should be made available for expeditious and orderly development, subject to environmental safeguards, in a manner which is consistent with the maintenance of competition and other national needs." 43 U.S.C. § 1332(3).

The OCS Act generally allows the federal government to grant oil and gas leases, following certain procedures, in the outer continental shelf. However, the OCS Act also states that:

"The President of the United States may, from time to time, withdraw from disposition any of the unleased lands of the outer Continental Shelf." 43 U.S.C. § 1341(a).

President Obama is using the authority granted the President under Section 1341(a) to implement the massive ban of drilling in the Arctic and Atlantic Oceans. The ban will not impact any existing oil and gas leases in these areas, but will prevent the federal government from granting any new leases. Notably, the OCS Act does not state whether a future President can reinstate lands that have been “withdrawn from disposition.”

President Obama’s ban, and any attempt by the next President to reinstate the subject areas to oil and gas leases, will likely face legal challenges in court. There is little precedent for challenging these types of actions under the OCS Act, so any court ruling will be entering uncharted waters. In addition, President Obama’s ban could spur the Republican-led Congress to try to amend the OCS Act.

The White House statement on the joint efforts of the United States and Canada to protect the Arctic is available here.