Jenner & Block Partners Gay Sigel, Steve Siros, and Allison Torrence will speak at the upcoming program Environmental, Health, and Safety Issues in 2017: What to Expect From the Trump Administration, hosted by Jenner & Block’s Environmental, Workplace Health & Safety Practice Group on Tuesday, March 7 from 12:00 pm to 1:00 p.m. With the Trump Administration beginning to take shape, federal environmental, health, and safety (EHS) policy is certain to shift to the right. This CLE program will provide an overview of the Trump Administration’s actions impacting EHS matters to date and prognosticate on changes that may be forthcoming. You are invited to join us for this special program in person or via webinar. If you plan to participate, please RSVP as indicated below.

For more information about the program and to RSVP, please connect here.

Last week, President Trump repealed the stream protection rule designed to halt water pollution caused by mountain top removal mining. Using the Congressional Review Act authority, he stopped implementation of a rule that would have restricted the placement of mining waste in streams and drinking water sources, as well as the amount of waste generated overall by mining operations.

Arguably, a law exists that prohibits mining-related discharges to waterways. The 1977 Surface Mining Control and Reclamation Act says that mining companies should not cause "material damage to the environment to the extent that it is technologically and economically feasible." The new stream protection rule was needed since many believed the Act’s existing language was vague and did not provide sufficient protections. Moreover, critics charged that the agency responsible for enforcing this law, the Office of Surface Mining Reclamation and Enforcement (OSMRE), had not clarified the scope and interpretation of the law since publishing the “stream buffer zone rule” in 1983.

The repeal means that the OSMRE will return to reliance upon the 1983 version of the stream protection rule which prevents mining activities within 100’ of a stream. Environmental groups and others claim that the existing rule is not protective of streams from mining-related discharges.

What is particularly notable about President Trump’s repeal of this rule is the fact it is only the third time that the Congressional Review Act (CRA) has been used to claw back a former president’s regulation. The CRA basically says the House and Senate can kill any recently finalized regulation with simple majority votes in both chambers, so long as the president agrees. What is interpreted to mean recently finalized can be challenging , but Congress can basically vote to overturn any Obama-era regulation that was finished on or about June 2016. It appears that this timing impacts at least 50 new regulations.

Friday afternoon, Scott Pruitt was confirmed by the Senate to serve as the Administrator of the U.S. Environmental Protection Agency. 52 Senators voted for Mr. Pruitt’s confirmation, while 46 Senators voted against him. The vote was largely along party lines, with Democratic Senators Heidi Heitkamp of North Dakota and Joe Manchin of West Virginia voting for Pruitt and Republican Susan Collins of Maine voting against him.

As we previously reported here, Mr. Pruitt has been the Attorney General of Oklahoma since his election to that post in 2011. As Oklahoma Attorney General, Mr. Pruitt has sued EPA numerous times to challenge EPA regulations, including current litigation over the Obama Administration’s Clean Power Plan. Oklahoma is part of the coalition of 28 states challenging EPA’s regulation of greenhouse gas emissions from existing power plants – a key component of the Clean Power Plan – in the case of West Virginia v. EPA, Case No. 15-1363. This case is currently pending in the U.S. Court of Appeals for the D.C. Circuit. 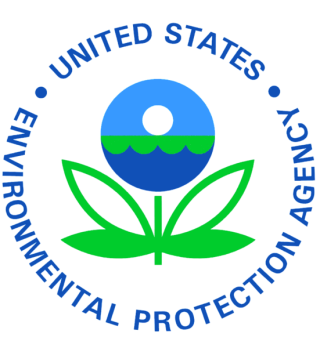 In a February 11, 2017 letter to U.S. EPA, New York Governor Andrew Cuomo indicated that if U.S. EPA didn’t move promptly to establish a federal maximum contaminant level (MCL) for 1,4-dioxane, New York would be forced to set its own MCL for drinking water in the state. Governor Cuomo pointed to a perceived regulatory gap, noting that New York has expended tremendous resources to address unregulated emerging contaminants such as 1,4-dioxane, PFOA and PFOS. The Governor also noted that water systems serving fewer than 10,000 people are not required to test for unregulated contaminants such as 1,4-dioxane but that New York was moving forward with a plan to require all public water systems on Long Island to test for these unregulated contaminants regardless of size. 1,4-dioxane is alleged to have been found in 40 percent of the public water supplies in Suffolk County.

This patchwork of standards illustrates the challenges that the regulated community faces in the absence of federal action to set an acceptable MCL for 1,4-dioxane and other emerging contaminants. It remains to be seen if the Trump administration will follow through with its expressed intent of relying to the states to implement and enforce environmental rules and regulations or if the administration will recognize the benefits to the regulated community of consistency, at least with respect to drinking water standards.

Jenner & Block partner Allison Torrence will be speaking at the Chicago Bar Association (CBA) Environmental Law Committee meeting on Tuesday, February 7, 2017. Allison, who is Chair of the CBA Environmental Law Committee, will be speaking about the new RCRA Hazardous Waste Generator Improvements Rule. The presentation will provide an overview of current hazardous waste generator requirements and insights into significant changes made by the new rule.

The meeting will be webcast and Illinois MCLE credit will be provided for CBA members. For more information, please go to the CBA website.