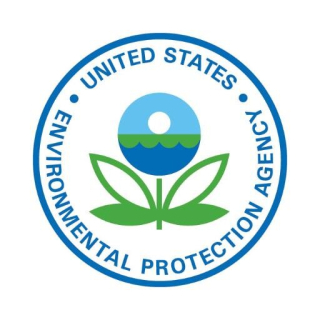 On Tuesday, April 11th, the U.S. Court of Appeals for the D.C. Circuit granted EPA’s motion to continue oral argument and indefinitely delay any decision on challenges to the agency’s 2015 National Ambient Air Quality Standards (NAAQS) for ozone in the case of Murray Energy Corp. v. EPA, Case No. 15-1385. The Clean Air Act requires EPA to issue NAAQS for certain criteria air pollutants, like ozone, and review those NAAQS every five years. The NAAQS establish the permissible levels of air pollutants in the ambient air. If an area has pollution at levels above the NAAQS, it is classified as a nonattainment area. States with nonattainment areas are required to create and implement plans, under EPA’s oversight, to reduce air pollutants to levels below the NAAQS.

Prior to the rule at issue, EPA last revised the ozone NAAQS in 2008, setting the primary and secondary ozone standards at 75 parts per billion (ppb). Shortly after President Obama took office in 2009, EPA began reviewing the NAAQS and conducted extensive scientific, medical, technical and policy research. EPA found that ozone was strongly linked to serious health effects, such as triggering asthma attacks and other respiratory effects. Based on that research, in 2015, EPA issued a revised NAAQS for ozone, lowering the primary and secondary standards to 70 ppb. Numerous parties challenged the 2015 ozone NAAQS in the D.C. Circuit Court – industry challengers claimed the rule was too stringent, while environmental and public health organizations claimed it was not protective enough.

The parties completed briefing on the merits on September 26, 2016, and oral argument was scheduled for April 19, 2017. On April 7th, just eight business days before oral arguments were scheduled, EPA filed a motion to continue oral argument. EPA stated in its motion that “EPA officials appointed by the new Administration are closely reviewing the 2015 [ozone NAAQS] Rule to determine whether the Agency should reconsider the rule or some part of it.” As precedent for the requested delay, EPA cited a similar request from the Obama Administration in 2009, which stayed challenges to the 2008 ozone NAAQS prior to briefing on the merits, as EPA evaluated the rules set by the prior administration. The Obama Administration eventually decided to leave the 2008 ozone NAAQS as they were and instead began working on the 2015 ozone NAAQS. The challenges to the 2008 ozone NAAQS were allowed to go forward and where eventually denied by the D.C. Circuit Court.

As additional support for its motion, EPA cited President Trump’s March 28, 2017 Executive Order, which directs EPA to review for possible reconsideration any rule that could “potentially burden the development or use of domestically produced energy sources,  with particular attention to oil, natural gas, coal, and nuclear energy sources.” Under the Executive Order, for any such rule, EPA must (1) submit a review plan to the White House within 45 days; (2) submit a draft plan with “specific recommendations that, to the extent permitted by law, could alleviate or eliminate aspects of agency actions that burden domestic energy production” within 120 days, and (3) submit a final report within 180 days. EPA stated that it “is currently reviewing the Executive Order to determine whether the 2015 [ozone NAAQS] Rule is potentially subject to the review process set forth in this Executive Order.”

EPA appears to be at the very initial stages of its review of the 2015 ozone NAAQS, and how it may ultimately decide to act on that rule remains unclear. Nevertheless, EPA’s statements to the D.C. Circuit Court, in connection with President Trump’s March 28, 2017 Executive Order, indicate EPA is considering whether it can and should scale back the ozone NAAQS, potentially to the 75 ppb levels set back in 2008.