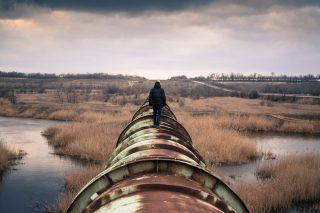 On June 14, 2017, U.S. District Judge James Boasberg, of the U.S. District Court for the District of Columbia, issued an opinion in the case of Standing Rock Sioux Tribe v. U.S. Army Corps of Engineers, 16-cv-01534, finding that the U.S. Army Corps of Engineers (the Corps) did not fully comply with the National Environmental Policy Act (NEPA) when it granted easements to the Dakota Access Pipeline (DAPL) to cross Lake Oahe, a federally regulated water. Plaintiffs in the case, The Standing Rock Sioux Tribe and the Cheyenne River Sioux Tribe, both have Reservations that border Lake Oahe. Indeed, when Lake Oahe was created by the Corps in 1958 via a dam constructed on the Missouri River, the lake covered approximately 56,000 acres of the Standing Rock Reservation and 104,420 acres of the Cheyenne River Tribe’s trust lands.

The proposed DAPL will be nearly 1,200 miles long and will move more than half a million gallons of crude oil from North Dakota to Illinois every day (at a rate of 13,100 to 16,600 gallons per minute). DAPL will cross Lake Oahe 0.55 miles north of the Standing Rock Reservation and 73 miles north of the Cheyenne River Reservation. Both Tribes use Lake Oahe for drinking water, agriculture and industrial activities, and consider the waters to be “sacred”.

The Tribes have been challenging DAPL in court and through public protests since 2016, when the Corps issued its final Environmental Assessment and Mitigated Finding of No Significant Impact (FONSI). Under NEPA, a FONSI means that the Corps does not have to prepare a full-blown Environmental Impact Statement. The Tribes argue that the Corps analysis was flawed and its FONSI is not appropriate. The court agreed with some of the Tribes’ arguments, ruling that the Corps “failed to adequately consider the impacts of an oil spill on [the Tribes’] fishing and hunting rights and on environmental justice, and…it did not sufficiently weigh the degree to which the project’s effects are likely to be highly controversial…” The court held that “the Corps will have to reconsider those sections of its environmental analysis...”

Under the Administrative Procedure Act (APA), the court has the power to vacate DAPL’s permits and easements and force it to cease operations until the Corps fully complies with its NEPA requirements. However, the court noted that such a remedy would carry serious consequences. Thus, the court ordered the Tribes and the Corps to submit briefing on whether it should vacate DAPL’s permits and easements when it remands the case for further NEPA analysis. The schedule for such briefing will be set at a status hearing next week.