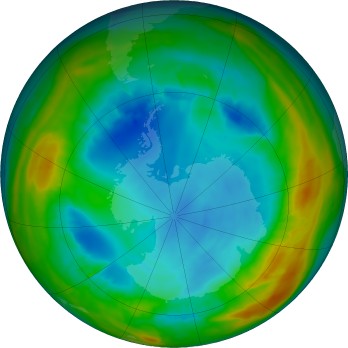 On August 8, 2017, the United States District Court for the District of Columbia issued a decision concluding that the U.S. Environmental Protection Agency (U.S. EPA) did not have statutory authority to issue a 2015 rule that restricted the use of hydrofluorocarbons (HFCs) in a variety of products, including aerosols, motor vehicle air conditioners, commercial refrigerators and foams.

However, over time, U.S. EPA began to learn that although not an ODS, HFCs were in fact greenhouse gases.  As such, in 2015, U.S. EPA promulgated a final rule that moved HFCs off of the "safe" list and onto the "prohibited" list.  See 80 Fed. Reg. 42,870 (July 20, 2015).  As part of the 2015 final rule, U.S. EPA also then prohibited the use of HFCs in aerosols, motor vehicle air conditioners, commercial refrigerators and foams even if the manufacturers of these products had previously elected to replace the ODS in these products with the previously "safe" HFCs.  A lawsuit was subsequently filed by manufacturers of certain HFCs.

The parties to the lawsuit both acknowledged that U.S. EPA had the ability to ban the use of ODS and that U.S. EPA could change or modify the lists of "safe" and "prohibited" ODS substitutes based on U.S. EPA’s assessment of the risks that those substances posed to human and the environment.  However, the key dispute was whether U.S. EPA had the authority under Section 612 of the Clean Air Act to prohibit manufacturers from making products that contain HFCs if those manufacturers had previously replaced an ODS with a HFC that at the time was listed as a "safe" substitute.

The D.C. Circuit concluded that U.S.EPA did not have that authority.   The court rejected U.S. EPA’s argument that the term “replace” as used in the statute was intended to apply each time a manufacturer uses a substitute substance as opposed to when the manufacturer originally “replaced” the ODS with the HFC finding U.S. EPA's proposed interpretation to “border on the absurd.”  As such, the D.C. Circuit  vacated the 2015 rule to the extent the rule required manufacturers to replace HFCs with a substitute substance on the "safe" list.