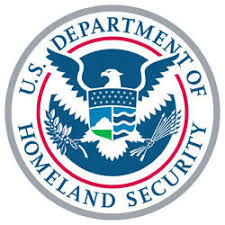 The Department of Homeland Security (DHS) announced yesterday its plans to waive numerous environmental laws to allow more expedient construction of barriers and roads in the vicinity of the international border near San Diego. The decision was signed by then DHS Secretary John Kelly and applies to a 15-mile border segment in San Diego where the Agency plans to upgrade fencing and build border wall prototypes.

DHS issued the waiver pursuant to its authority in Section 102 of the 2005 Illegal Immigration Reform and Immigrant Responsibility Act of 1996 (IIRIRA). This law grants the DHS Secretary a number of authorities necessary to carry out DHS’s border security mission. Citing this authority, the DHS notice makes clear that these infrastructure projects will be exempt from complying with critically important environmental laws such as the National Environmental Policy Act, the Endangered Species Act, the Clean Water Act and other laws related to wildlife, conservation, cultural and historic artifacts, and the environment.

This action has been under consideration by DHS and the subject of much discussion among environmental activists. The Center for Biological Diversity already sued DHS earlier this year seeking an updated environmental review of the southern border infrastructure projects.

According to yesterday’s notice, “…while the waiver eliminates DHS’s obligation to comply with various laws with respect to the covered projects, the Department remains committed to environmental stewardship with respect to these projects. DHS has been coordinating and consulting—and intends to continues to do so—with other federal and state agencies to ensure impacts to the environment, wildlife, and cultural and historic artifacts are analyzed and minimized, to the extent possible.”

Even in the wake of everything ongoing in D.C with the new Administration, this action is extraordinary and inconsistent with typical federal government practices, except in the case of an emergency or other exigent circumstances. The final decision will appear in the Federal Register soon.