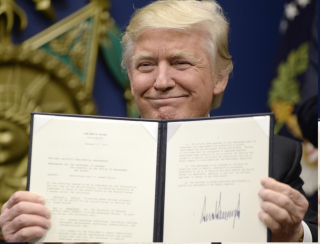 In a win for the White House, a D.C. federal judge dismissed a complaint filed by several public interest groups that challenged President Trump’s executive order requiring that two federal regulations be repealed for every new regulation that is promulgated. The lawsuit was dismissed on standing grounds, with the court rejecting the public interest groups' argument that they had both “associational” and “organizational” standing.

The court is still evaluating whether to give the groups leave to amend their complaint or whether the lawsuits should be dismissed outright. Please click here to read the opinion.