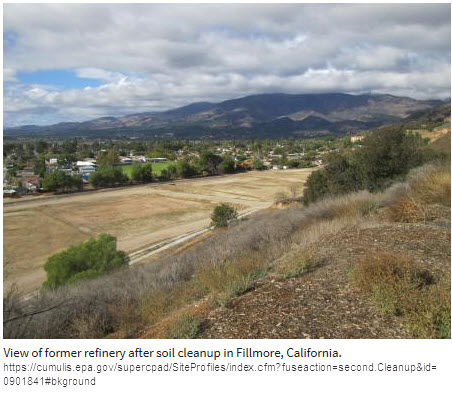 After almost 30 years having been listed on the NPL, U.S. EPA has removed the surface portion of the 55-acre Pacific Coast Pipeline site from that distinctive list.  Since being added to the NPL in 1989, more than 42,000 cubic yards of contaminated soils have been removed from the site and a multi-layer cap has been installed. The groundwater portion of the site will still remain on the NPL in order to address benzene and protect drinking water and agricultural wells.

One goal of EPA Administrator Pruitt’s Superfund Task Force was to improve and expedite site cleanups and accelerate full and partial deletions for sites that meet all applicable requirements. “The partial de-listing of the Pacific Coast Pipeline site is an example of EPA’s commitment to accelerate the remediation of contaminated sites and transform them into productive assets for the community,” said Pruitt.

Whether this partial NPL deletion is a precursor of U.S. EPA taking a more streamlined approach to CERCLA cleanups remains to be seen, but it would appear to be a step in the right direction.