Posted at 09:27 AM in Allison A. Torrence, Hazmat, RCRA | Permalink

On May 18, 2018, the Federal Energy Regulatory Commission (FERC) issued an order denying a rehearing request on FERC’s prior issuance of a certificate of public convenience and necessity for a natural gas pipeline project for Dominion Transmission. An environmental group had challenged that certificate, arguing in part that FERC failed to adequately consider the upstream and downstream impacts of the project. These upstream and downstream impacts, according to the environmental group, included greenhouse gas (GHG) emissions. FERC, on a party-line vote, concluded that the upstream and downstream GHG impacts of this particular project were not sufficiently causally connected to and/or the reasonable foreseeable effect of the project and therefore fell outside of the scope of the required NEPA analysis.  FERC distinguished its holding with the decision in Sierra Club v. FERC, 867 F.3d 1357 (D.C. Cir. 2017) by noting that in that case, the pipeline project was delivering natural gas to identifiable gas-fired electric generating plants and therefore the downstream use of the gas was foreseeable.

The Delaware Riverkeeper Network sent a letter to FERC asking it to formally rescind its May 18 order, claiming that FERC’s decision was contrary to the requirements of NEPA. This letter, along with similar letters from other environmental groups, are likely precursors to legal challenges to FERC’s interpretation of its obligations under NEPA. Notwithstanding the positions being advanced by these environmental groups, FERC continues to review and approve pipeline projects without requiring a detailed analysis of GHG emissions as evidenced by FERC’s May 31 approval of the Okeechobee Lateral Project. 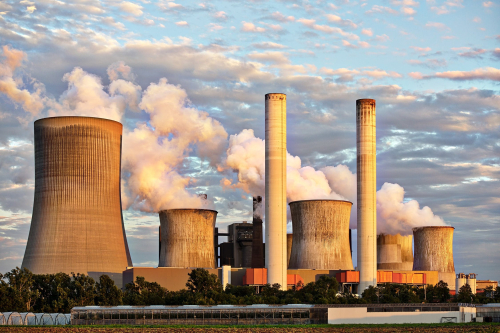 A combination of stagnant power consumption growth and the rise of natural gas and renewable power sources has resulted in the displacement and potential closure of many older coal and nuclear power plants in the United States. According to the U.S. Energy Information Administration, since 2008, coal and nuclear energy have seen a continuous decline in their percentage of the nation’s total energy generation market. And in 2015, the closure of coal fueled power plants accounted for more than 80% of the nation’s retired energy generating capacity.

In an attempt to reverse these trends, President Donald Trump has ordered Energy Secretary Rick Perry to take “immediate action” to stem the closure of nuclear and coal power plants. In an official White House statement issued on June 1, 2018, the Trump Administration stated that “keeping America's energy grid and infrastructure strong and secure protects our national security… Unfortunately, impending retirements of fuel-secure power facilities are leading to a rapid depletion of a critical part of our nation's energy mix, and impacting the resilience of our power grid.”

It appears the Trump Administration may now be seeking a more direct route to provide assistance to coal and nuclear power plants. According to Bloomberg, a draft memo from the Department of Energy (“DOE”) reveals that the agency is considering using its authority under Section 202(c) of the Federal Power Act and the Defense Production Act of 1950 to force regional grid operators to buy electricity from a list of coal and nuclear plants the department deems crucial to national security. The plan would require suppliers to purchase power from the plants for 24 months in order to starve off closures as the Administration works to provide a long-term solution. If the DOE plan is implemented, it is likely to face legal challenges from both utilities and environmental groups. Regardless of whether the DOE elects to pursue this strategy, it appears that the Trump Administration is focused on working to protect aging coal and nuclear plants.