The Frank R. Lautenberg Chemical Safety for the 21st Century Act (a/k/a the TSCA Reform Act), signed into law in 2016, was a major overhaul of the 40-year-old chemical law, reforming how new and existing chemicals are evaluated and deemed “safe.” Since the law’s passage, EPA has completed determinations on 1,602 new chemical cases. EPA has also taken action to ban or restrict use of five existing chemicals, including trichloroethylene (TCE) and methylene chloride, which EPA found to pose heightened risks.

EPA has expended considerable resources over the past two year to fulfil these new review and evaluation requirements. EPA has now taken action to pass some of those costs down to the chemical industry in the form of fees authorized by the TSCA Reform Act.

On September 27, 2018, Acting EPA Administrator Wheeler signed the final Fees Rule, setting out the fees EPA will impose on industry to pay for the costly TSCA review process. The final rule will become effective one day after publication in the Federal Register, which is expected to happen in the next few days. 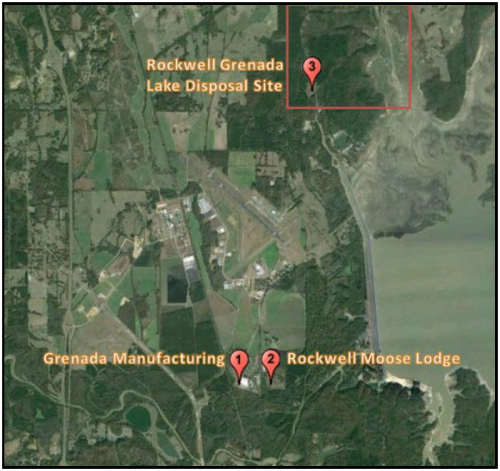 On September 13, 2018, the United States Environmental Protection Agency (“EPA”) took the final, unprecedented step of adding a contaminated site to the Superfund National Priorities List (“NPL”) based solely on the risk to human health posed by indoor air vapor intrusion at the site. The newly designated site, which consists of the former Rockwell International Wheel & Trim facility and its surrounding 76 acres (the “Site”), is located in Grenada, Mississippi. The Site has an extensive history. Beginning in 1966, the Rockwell facility operated as a wheel cover manufacturing and chrome plating plant. After chrome plating operations ceased in 2001, the facility was used for metal stamping until approximately 2007. According to EPA, the Site’s historic operations resulted in multiple releases of trichloroethene, toluene, and hexavalent chromium into the surrounding soil and adjacent wetland. However, EPA’s primary concern—and reason for listing the site—is the potential for airborne volatile organic compounds (“VOCs”) to enter the facility through cracks, joints, and other openings, resulting in contaminated indoor air. The potential for indoor air contamination appears to be of particular concern to EPA, given that nearly 400 individuals currently work within the facility.

The Site will now join a list of approximately 160 contaminated sites that have been federally designated as NPL sites. The NPL includes the nation’s most contaminated and/or dangerous hazardous waste sites. A contaminated site must be added to the NPL to become eligible for federal funding for permanent cleanup under the Comprehensive Environmental Response, Compensation, and Liability Act. While EPA’s decision to list the Site based on risks from indoor air contamination is unprecedented, the move is not all together surprising, given EPA’s recent rulemaking actions. In May 2017, EPA passed a final rule expanding the list of factors the agency is allowed to consider when designating NPL sites to specifically include risks to human health from impacted indoor air. In the preamble to the rule, EPA noted that it needed the authority to list sites on the basis of significant risk to human health from vapor intrusion contamination.

In contrast to EPA’s position, environmental consultants operating at the Site have strongly opposed the NPL designation. Several of the firms submitted comments on the final listing, asserting that EPA’s risk evaluation failed to take into account the Sub Slab Depressurization System (“SSDS”) installed at the facility in 2017, which subsequently reduced levels of VOCs in the indoor air to safe levels. However, EPA rejected these arguments, noting that even though the SSDS may protect workers from immediate threats, “it is not intended to address possible long-term remedial goals such as addressing the sources of the contamination below the building.”

EPA’s designation of the Site should alert potentially responsible parties that vapor intrusion issues may result in an increased chance of a site becoming listed on the NPL. In addition, parties relying on engineering controls to maintain compliant indoor air vapor levels should note the potential for EPA to deem such actions insufficient as long-term site remedies.

United Airlines became the first U.S. airline to publicly commit to reducing its greenhouse gas emissions (GHG) by 50% by 2050. In a press release issued on September 13, 2018, United Airlines explained that it would achieve that reduction by expanding its use of more sustainable biofuels and by relying on more fuel-efficient aircraft and implementing other operational changes to better conserve fuel. United Airlines' commitment to reduce GHG emissions by 50% by 2020 is consistent with reduction targets established by the International Air Transport Association in May 2018.

The decision by United Airlines is likely to be followed by other U.S. carriers that have international routes because those carriers will be subject to the ICAO standards when flying internationally. 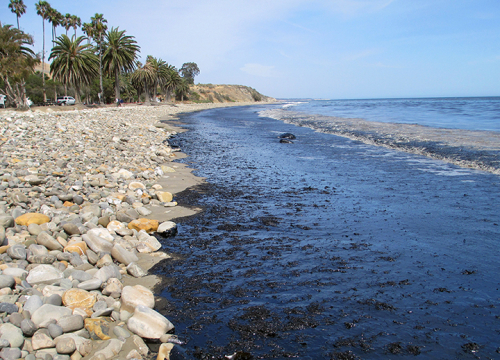 Last week, the Santa Barbara County District Attorney and California Attorney General obtained guilty verdicts against Plains All American Pipeline, L.P. regarding the 2015 Refugio Oil Spill near Santa Barbara, CA.  By way of background, on May 19, 2015, a pipeline operated by Plains to transport crude oil ruptured on shore just north of Refugio State Beach in Santa Barbara County, California, causing over 140,000 gallons of crude oil to be released from the pipeline, which spilled crude oil into the Pacific Ocean and across coastal beaches. At trial, testimony revealed that over 100,000 gallons of crude oil were never recovered.

Plains was convicted of one felony for unlawfully discharging oil into state waters and eight misdemeanors for the following: failing to timely call emergency response agencies; violating a county ordinance banning oil spills; and killing marine mammals, protected sea birds, and other sea life.  Sentencing will be held on December 13, 2018.

According to a statement by California Attorney General Xavier Becerra, the verdict “should send a message: If you endanger our environment and wildlife, we will hold you accountable. At the California Department of Justice, we will continue prosecuting corporate negligence and willful ignorance to the fullest extent of the law.”  (Emphasis added.)

As noted in Law360 (sub. req.), the verdict “underscore[s] the importance of pipeline companies taking their maintenance, inspection and compliance duties seriously, especially in states like California which have strict requirements and liability where knowledge or intent isn’t necessary to sustain criminal convictions.”  Furthermore, the conviction specifically as to failure to notify emergency responders “underscores the importance of that duty and that companies must ensure their policies leave no room for error.”  The relative rarity of criminal environmental convictions for corporations means this case is one to watch is it moves towards sentencing and/or appeals.