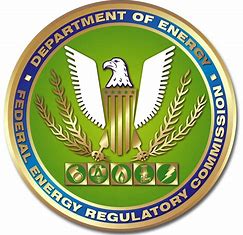 On Monday, in N.J. Conservation Found. v. FERC (No. 17-11991), the U.S. District Court for the District of New Jersey dismissed the New Jersey Conservation Foundation’s (“NJCF”) suit against the Federal Energy Regulatory Commission (“FERC”) because the Court found that the courts of appeals, and not it, had subject matter jurisdiction under the Natural Gas Act (“NGA”).  NJCF’s suit sought to declare that FERC’s practice of issuing certificates authorizing the construction of natural gas pipeline facilities violated the U.S. Constitution.  While pled solely against FERC and its Commissioners, the case was predicated on FERC’s prior approval of PennEast Pipeline Company, LLC’s (“PennEast”) right to construct a $1B interstate natural gas pipeline.  NJCF’s case centered on three purported Constitutional issues with FERC’s environmental analysis: (1) FERC’s approvals that delegate the power of eminent domain in the absence of adequate public use analyses violate the Takings Clause; (2) FERC’s approvals that grant eminent domain prior to receiving environmental impact findings from regulatory agencies violate the Fifth Amendment; and (3) FERC’s approvals that provide for subsequent state or federal authorizations, which then may require changes to the pipeline route or prevent construction, also violate the Takings Clause.  The Court granted FERC’s motion to dismiss, holding that the Court did not have subject matter jurisdiction because the NGA vested the courts of appeals, not district courts, with exclusive jurisdiction to hear NJCF’s claims.  NJCF is another voice in a growing chorus of district court and appellate cases that have rejected dissatisfied parties’ collateral attempts to re-litigate FERC’s decisions and decision-making processes, especially with regard to environmental issues, outside of FERC.

Posted at 10:18 AM in Climate Change, Hazmat, Sustainability | Permalink 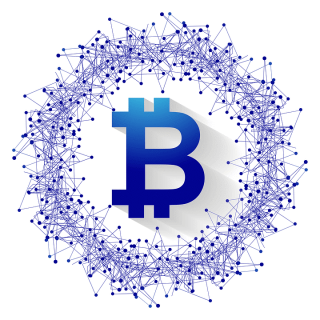 On April 18, 2018, the Corporate Environmental Lawyer published a blog entry discussing the growing use of Blockchain technology by startup companies seeking to connect populations without access to traditional electricity markets to electricity produced by distributed renewable energy systems. As discussed in that blog entry, proponents of Blockchain technology have asserted the platform’s built-in efficiencies would allow it to compete with traditional, utility-owned electrical grids, with one company going as far as setting up a “micro-grid” in Brooklyn, New York. It appears that the marriage between Blockchain and the electricity grid may be moving forward at an accelerated pace as the technology is now being examined and piloted by major utility operators.

PJM Interconnection (“PJM”), the United States’ largest power grid operator and market administrator serving over 65 million people from Chicago to Washington D.C., has announced its intention to test a Blockchain system that will allow clean-energy buyers and sellers to trade the renewable energy credits that wind and solar farms produce as they generate electricity. Working through its subsidiary—PJM Environmental Information Services—PJM has announced a partnership with Energy Web Foundation, a nonprofit entity with experience developing Blockchain platforms for smaller energy markets in Europe and Asia. The partnership hopes to rollout a pilot for the program by the end of the first quarter of 2018. “This collaboration between EWF and PJM-EIS is a major milestone for the adoption of advanced digital technologies in the energy sector,” said Hervé Touati, CEO of Energy Web Foundation. “We are excited to partner with a leader such as PJM-EIS.”

The challenge that continues to be faced by drinking water systems across the country is what to do if these contaminants are in fact found in the drinking water supply.  As their name would imply, U.S. EPA has yet to set drinking standards for these contaminants although many states and local entities continue to enact a patchwork of regulatory requirements often without regard to the technical feasibility of treating these chemicals and/or the health risks actually posed by these chemicals.  Unfortunately, until such time as U.S. EPA takes action to enact a federal standard, the regulated community will continue to be subject to this regulatory quagmire and now, with the new testing requirements, more drinking water systems will be forced to struggle with this issue without any clear regulatory guidance. On November 5, 2018, the United States Supreme Court will hear oral arguments on a landmark case regarding the preemptive effect of the Atomic Energy Act of 1954 (the “Atomic Energy Act”) on a state’s regulation of uranium mining.  The case, Virginia Uranium Inc. v. Warren, questions whether the Atomic Energy Act’s regulation of radiation safety standards extends to preempt a Virginia state law banning uranium mining within the borders of the state.  The Virginia law dates back to the early 1980s, after the largest uranium deposit in the United States was discovered in Pittsylvania County, Virginia.  In response to the discovery, the Virginia General Assembly asked the state’s Coal and Energy Commission to evaluate the potential safety effects of uranium mining, and enacted an indefinite ban on mining the deposit.  The unharvested deposit is valued at up to $6 billion USD.

In 2007, the owners of the land, Virginia Uranium Inc., Cole Hill LLC and Bowen Minerals LLC, announced their intention to begin mining the deposit.  After failing to convince the Virginia legislature to overturn its mining ban, the plaintiffs sought to challenge Virginia’s law as preempted under the Atomic Energy Act.

According to the Plaintiffs/Petitioners, the Virginia ban is preempted by the Atomic Energy Act because the purpose and direct effect of Virginia’s law is to regulate radiation safety standards, which the Atomic Energy Act exclusively entrusted to the purview of the Nuclear Regulatory Commission.  Predictably, the Virginia legislature has taken a much less expansive view of the law, arguing that the Atomic Energy Act only regulates uranium “after [uranium’s] removal from its place of deposit in nature.”  Thus, according to the legislature, a state is free to regulate—or ban—the harvesting of uranium prior to its removal from the deposit.

The eventual resolution of the dispute will not only have a significant impact on the availability of American mined uranium, but may also potentially set the stage for the broader battle over states' rights brewing between the Trump administration and liberal states like California, which have looked to enact environmental laws in areas currently regulated by the federal government.

The Trump Administration has released its Fall 2018 Unified Agenda of Regulatory and Deregulatory Actions. This regulatory agenda “reports on the actions administrative agencies plan to issue in the near and long term [and] demonstrates this Administration’s ongoing commitment to fundamental regulatory reform and a reorientation toward reducing unnecessary regulatory burdens on the American people.”

According to the Trump Administration, the regulatory agenda reflects the following broad regulatory reform priorities:

More information, and EPA's Statement of Priorities, can be found here. 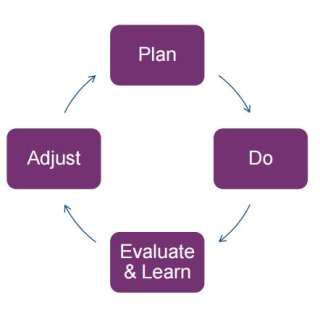 Under the Trump Administration, EPA has expressed a renewed focus on the Superfund program and making sure that site cleanups operate optimally. In 2017, EPA established a Superfund Task Force, “to provide recommendations for improving and expediting site cleanups and promoting redevelopment.” The Superfund Task Force has made a number of recommendations, including recommending that EPA “Promote the Application of Adaptive Management at Complex Sites” and “Broaden the Use of Adaptive Management (AM) at Superfund Sites.”

According to the Superfund Task Force,

Adaptive Management is an approach used at large and/or complex sites that focuses limited resources on making informed decisions throughout the remedial process…Under an Adaptive Management strategy, Regions are encouraged to consider greater use of early and/or interim actions including use of removal authority or interim remedies, to address immediate risks, prevent source migration, and to return portions of sites to use pending more detailed evaluations on other parts of sites.

Posted at 04:17 PM in Allison A. Torrence, CERCLA, Real Estate and Environment | Permalink