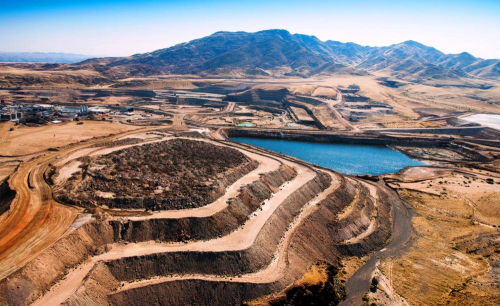 On November 5, 2018, the United States Supreme Court will hear oral arguments on a landmark case regarding the preemptive effect of the Atomic Energy Act of 1954 (the “Atomic Energy Act”) on a state’s regulation of uranium mining.  The case, Virginia Uranium Inc. v. Warren, questions whether the Atomic Energy Act’s regulation of radiation safety standards extends to preempt a Virginia state law banning uranium mining within the borders of the state.  The Virginia law dates back to the early 1980s, after the largest uranium deposit in the United States was discovered in Pittsylvania County, Virginia.  In response to the discovery, the Virginia General Assembly asked the state’s Coal and Energy Commission to evaluate the potential safety effects of uranium mining, and enacted an indefinite ban on mining the deposit.  The unharvested deposit is valued at up to $6 billion USD.

In 2007, the owners of the land, Virginia Uranium Inc., Cole Hill LLC and Bowen Minerals LLC, announced their intention to begin mining the deposit.  After failing to convince the Virginia legislature to overturn its mining ban, the plaintiffs sought to challenge Virginia’s law as preempted under the Atomic Energy Act.

According to the Plaintiffs/Petitioners, the Virginia ban is preempted by the Atomic Energy Act because the purpose and direct effect of Virginia’s law is to regulate radiation safety standards, which the Atomic Energy Act exclusively entrusted to the purview of the Nuclear Regulatory Commission.  Predictably, the Virginia legislature has taken a much less expansive view of the law, arguing that the Atomic Energy Act only regulates uranium “after [uranium’s] removal from its place of deposit in nature.”  Thus, according to the legislature, a state is free to regulate—or ban—the harvesting of uranium prior to its removal from the deposit.

The eventual resolution of the dispute will not only have a significant impact on the availability of American mined uranium, but may also potentially set the stage for the broader battle over states' rights brewing between the Trump administration and liberal states like California, which have looked to enact environmental laws in areas currently regulated by the federal government.