On Thursday, November 29th, Jenner & Block Associate Matthew Lawson will be giving a CLE presentation on the “Environmental Impact of Blockchain” at the Chicago Bar Association’s Young Lawyers Environmental Law Committee Meeting.  Matthew Lawson’s presentation will discuss both the negative environmental impacts caused by the growth in popularity of cryptocurrency mining, and the potential positive impacts on the environment from emerging and future applications of the Blockchain technology. 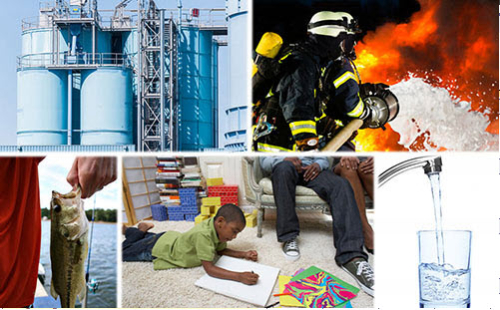 The director of the Agency for Toxic Substances and Disease Registry (ATSDR), Peter Breysse, continues to defend his agency's minimal risk levels (MRLs) for perfluorinated chemicals that were released in June 2018 as part of a draft toxicological profile. In response to questions posed at a recent Senate hearing, Breysse noted that ATSDR’s draft MRLs roughly corresponded to drinking water levels of 14 parts per trillion (ppt) for perfluorooctane sulfonate (PFOS) and 21 ppt for perfluorooctanoic acid (PFOA). Where these levels are exceeded, ATSDR has recommended that residents take steps to lower their exposures and contact state and local authorities. Breysse also recommended that residents consult with physicians and noted that ATSDR has information on its website for physicians to consult regarding exposure risks for these chemicals.

The drinking water levels referenced in the ATSDR toxicological profile (14 ppt for PFOS and 21 ppt for PFOA) correspond generally with regulatory standards implemented in several states, including New Jersey and Vermont, both of which have the lowest regulatory levels for these compounds in the United States. However, the ATSDR MRLs are much stricter than U. S. EPA’s drinking water advisory level of 70 ppt.  In addition, many news outlets reported that U.S. EPA had sought to delay ATSDR’s issuance of its June 2018 toxicological profile.  Perhaps coincidentally, at about the same time as ATSDR issued its draft report, U.S. EPA announced plans to begin to evaluate the need for a maximum contaminant level (MCL) for PFOA and PFOS.

Although ATSDR and U.S. EPA continue to work cooperatively (at least on paper) to address PFOA and PFOS at contaminated properties throughout the United States, it remains to be seen how well these agencies will cooperate in setting an MCL for these contaminants.  The agencies' "cooperative" relationship may face choppy waters, especially in light of ATSDR's continued defense of its MRLs and U.S. EPA's skeptical view regarding same. 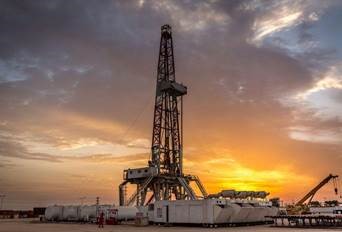 On Tuesday, November 6th, Colorado voters rejected a highly contested ballot initiative which would have set unprecedented limits on oil and gas drilling in the state. The measure, Proposition 112, would have prohibited drilling new oil or natural gas wells within 2,500 feet of certain occupied buildings—including homes, schools and hospitals; various water sources—including lakes, rivers and creeks; and other areas specifically designated as “vulnerable” by the state. In total, a report from the Colorado Oil & Gas Conservation Commission estimated that the measure would have prohibited new hydraulic fracturing operations on as much as 95% of the land in Colorado’s top oil and gas producing counties.

The proposition received a high degree of pre-election attention, with individuals from politician Bernie Sanders to actor Leonardo DiCaprio encouraging Colorado voters to support the initiative. While early polling indicated Proposition 112 was supported by the majority of Colorado voters, the initiative was ultimately defeated with 57% of the state’s voters opposing it in Tuesday’s elections. In what may have served as a fatal blow, Colorado’s governor-elect, Jared Polis, distanced himself from the ballot initiative in the days leading up to the election. The newly elected Democrat had campaigned as a pro-environment alternative to his Republican opponent, but categorized the ballot initiative as “economically damaging” to the state of Colorado.

At present, New York, Vermont, and Maryland are the only states to have established outright bans on fracking. None of those states, however, has oil and gas reserves approaching the production capacity of Colorado. The state’s oil and gas industry has grown dramatically in the last decade, with the state’s production of crude oil rising from 73,000 barrels per day in 2008 to 477,000 barrels per day in August 2018. As the state’s production of oil and gas continues to grow, it appears likely that legislative battles over fracking regulations will continue to unfold.