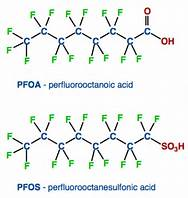 On Thursday, February 20, 2020, the U.S. Environmental Protection Agency (“EPA”) announced a preliminary regulatory determination that the agency will seek to implement regulatory limits for Per- and Polyfluoroalkyl Substances (PFAS) in public drinking water across the United States.  The regulatory determination is a key step in the creation of a Maximum Contamination Level (“MCL”) that will act to limit the quantity of PFAS permitted in public drinking water.  In its preliminary regulatory determination, EPA proposes setting MCL levels for two PFAS substances, perfluorooctanoic acid (PFOA) and perfluorooctane sulfonate (PFOS), which EPA has determined meet the statutory criteria to become regulated contaminants under the Safe Drinking Water Act.  To meet this criteria, EPA had to find that: (1) the consumption of PFOS and PFOA may result in adverse health effects; (2) PFOS and PFOA have been identified in public water supplies at frequencies and levels sufficient to cause a public health concern; and (3) that new regulation presents a meaningful opportunity to reduce the health risks posed by PFOS and PFOA.

As part of its announcement, EPA will seek public comments on its preliminary findings for the next 60 days.  Critically, the preliminary regulatory determination offers no insight into the regulatory levels EPA anticipates setting for PFOS or PFOA.  Through its voluntary Health Advisory Level (“HAL”), EPA currently recommends that municipalities maintain a maximum limit of 70 parts per trillion of PFAS in drinking water served to the public.  While the HAL is referenced in EPA’s preliminary regulatory determination, it is unclear whether EPA will look to set PFOS or PFAS’ mandatorily MCL at a similar level.  EPA’s election to regulate PFOS and PFOA kicks off a two-year period for the agency to determine an appropriate MCL for the contaminants.  Following the formal proposal of an MCL, the agency has another 18 months to set its final drinking water requirements.

The release of a preliminary regulatory determination marks a critical step in EPA’s implementation of its PFAS Action Plan.  Under the PFAS Action Plan, EPA has committed to “identifying and understanding PFAS, [ ] addressing current PFAS contamination, preventing future contamination, and effectively communicating with the public about PFAS.” The plan sets forth four overarching goals for regulating PFAS:

Under the Trump Administration, the EPA has repeatedly affirmed that addressing the emerging contaminant PFAS is a key and ongoing priority for the agency.  As stated in the PFAS Action Plan, “the EPA has heard clearly the public’s desire for immediate action to address potential human health and economic impacts from PFAS in the environment.”  In fact, despite proposing large cuts to EPA’s overall budget, the Trump Administration’s proposed budget for 2021 requests an additional $6 million dollars from Congress to carry out EPA’s PFAS Action Plan. “Under President Trump, EPA is continuing to aggressively implement our PFAS Action Plan – the most comprehensive cross-agency plan ever to address an emerging chemical,” stated EPA Administrator Andrew Wheeler. “With today’s action, EPA is following through on its commitment in the Action Plan to evaluate PFOA and PFOS under the Safe Drinking Water Act.”