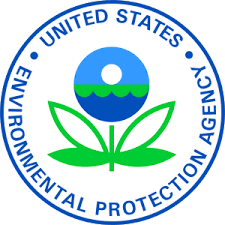 On Monday, February 10, 2020, the Trump Administration released its proposed budget for Fiscal Year 2021. The proposal calls for sweeping cuts to a number of federal agencies and departments, including deep cuts to the United States Environmental Protection Agency (“USEPA”). If enacted, the proposed budget would grant $6.7 billion in funding to USEPA, a $2.4 billion or 26-percent reduction from the agency’s $9.1 billion budget in 2020. In the budget proposal’s preamble, the Administration promises to “call[] on the Government to reduce wasteful, unnecessary spending, and to fix mismanagement and redundancy across agencies.”

With respect to USEPA’s budget allocation, the proposal promises to “eliminate almost 50 wasteful programs that are outside of EPA’s core mission or duplicative of other efforts, saving taxpayers over $600 million.” Proposed major cuts include the reduction of nearly 50% of the agency’s research budget, including all funding for grants to independent universities and research institutes conducting air, water, and other environmental and health research. Another target for deep cuts is USEPA’s safe drinking water revolving funds. The revolving funds are used to help fund water infrastructure projects undertaken by state or municipal public water providers. Under the proposed budget, the available funds for such projects would be cut from approximately $2.77 billion down to $2 billion.

While the proposal primarily focuses on proposing cuts to USEPA’s fiscal budget, it does contain a few line item requests for additional funding. In particular, the proposal asks for an additional $6 million to carry out USEPA’s Per- and Polyfluoroalkyl Substances (PFAS) Action Plan. The additional funding is sought to continue research into the risk posed by PFAS compounds, address current contamination issues, and effectively communicate findings to the public. In addition, the budget requests $16 million into new research to help prevent and respond to the rising growth of harmful algal blooms.