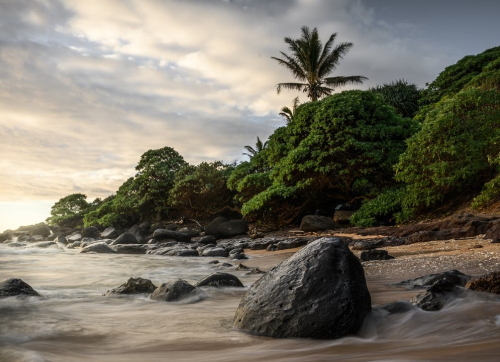 On April 23, 2020, the U.S. Supreme Court issued an important decision on the reach of the Clean Water Act (“CWA”). The Court’s decision in County of Maui, Hawaii v. Hawaii Wildlife Fund, Case No. 18–260, addresses whether the CWA requires a permit when pollutants originate from a point source but are conveyed to navigable waters by a nonpoint source such as groundwater. In a 6-3 opinion, the Court held that CWA permitting authority extended to indirect discharges that are the functional equivalent of a direct discharge from a point source into navigable waters. Justice Breyer delivered the opinion of the Court, joined by Justices Roberts, Ginsburg, Sotomayor, Kagan and Kavanaugh. Justice Kavanaugh also wrote a concurring opinion and Justices Thomas, Gorsuch and Alito dissented.

At issue in the case was the County of Maui’s wastewater reclamation facility located on the island of Maui, Hawaii. The County pumps partially treated sewage through four injection wells hundreds of feet underground. After injection, the effluent travels approximately a half mile through groundwater to the Pacific Ocean.

The case came up from the Ninth Circuit, which had ruled that a permit was required when “the pollutants are fairly traceable from the point source to a navigable water such that the discharge is the functional equivalent of a discharge into the navigable water.” Hawaii Wildlife Fund v. County of Maui, 886 F. 3d 737, 749 (9th Cir. 2018) (emphasis added). The Supreme Court took issue with the Ninth Circuit’s fairly traceable standard, explaining that “[v]irtually all water, polluted or not, eventually makes its way to navigable water” and thus, the lower court’s standard would give EPA broad new permitting authority not supported by the CWA’s statutory language or legislative history. Slip Op. at 5.

The Court also rejected the position put forward by the County of Maui and the Solicitor General (appearing on behalf of the United States as Amicus Curiae), who argued that the CWA’s permitting requirement does not apply if a pollutant, having emerged from a point source, travels through any amount of groundwater before reaching navigable waters. The Court explained that this would lead to the untenable situation that a discharger could simply move its point source a few feet back from a navigable water such that the pollutants would have to travel through a few feet of groundwater (or any other media) before reaching the navigable water, thus avoiding permitting requirements.

Instead of the fairly traceable standard, the Supreme Court held that a CWA permit is required if the addition of the pollutants through groundwater is the functional equivalent of a direct discharge from a point source into navigable waters. The Court explained its reasoning as follows:

We hold that the statute requires a permit when there is a direct discharge from a point source into navigable waters or when there is the functional equivalent of a direct discharge. We think this phrase best captures, in broad terms, those circumstances in which Congress intended to require a federal permit. That is, an addition falls within the statutory requirement that it be “from any point source” when a point source directly deposits pollutants into navigable waters, or when the discharge reaches the same result through roughly similar means.

The Court provided a number of factors that may be relevant to consider when determining whether an indirect discharge is the functional equivalent of a direct discharge from a point source, including:

The Court vacated the Ninth Circuit’s opinion and remanded for further proceedings consistent with its ruling.

This decision expands the reach of the CWA and will likely require some previously unpermitted operations to obtain CWA permits. The most obvious impact will probably be felt at wastewater treatment plants practicing groundwater injection at locations in close proximity to navigable waters (like the County of Maui operation at issue in the case). But other businesses should consider whether their operations have discharges that might indirectly discharge to a navigable water. The Court specifically acknowledged that a septic system or other wastewater treatment system, even if not actively injecting pollutants into groundwater, could be considered indirect discharges under the Court’s analysis and may need a CWA permit if, considering the various factors above, it is the functional equivalent of a direct discharge.

In light of this decision, EPA may consider issuing rulemakings, general permits or taking other regulatory actions. In the near term, all interested parties will closely watch how the remanded case unfolds in the Ninth Circuit. There is plenty more to come and Jenner & Block’s Corporate Environmental Lawyer Blog will keep you updated on these developments.

Posted at 03:31 PM in Allison A. Torrence, Water | Permalink