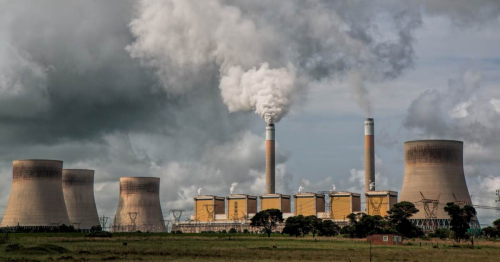 On May 17, 2021, the United States Supreme Court ruled 7-1 that the Fourth Circuit should have considered all of the fossil fuel companies’ grounds for removal to federal court in the BP PLC, et al. v. Mayor and City Council of Baltimore case.

In response to Baltimore’s complaint, the fossil fuel companies sought to remove the action to federal court, as they have done in all of the state court actions filed by municipalities and states making similar claims.  The fossil fuel companies’ removal petition was based on multiple grounds, including the “federal officer” removal provision, 28 U.S.C. §1442(a)(1), and multiple other federal statutes that industry believed justified federal court jurisdiction.  The City sought remand to state court, and the federal district court, after having reviewed each of the removal arguments, found that industry had not asserted an appropriate basis for federal jurisdiction.  Industry then appealed that district court remand decision to the U.S. Court of Appeals for the Fourth Circuit, pursuant to 28 U.S.C. §1447(d), which expressly authorizes appellate review for removals based on 28 U.S.C. §1443 (civil rights removal), as well as §1442.

On March 6, 2020, the Fourth Circuit affirmed the district court’s remand order, but did so only after reviewing the industry’s right to removal under the federal officer removal statute, 28 U.S.C. §1442(a)(1).  The Fourth Circuit found that 28 U.S.C. §1447(d) limited its appellate review solely to that issue, and not any of the other bases that industry had asserted in support of its argument for federal removal jurisdiction. The Fourth Circuit’s decision regarding the scope of review under § 1447(d) was consistent with prior decisions from the First, Ninth and Tenth circuits but conflicted with a previous decision from the Seventh Circuit.

On March 31, 2020, the fossil-fuel companies filed a petition for a writ of certiorari in the United States Supreme Court, seeking review of the question of whether the statutory provision prescribing the scope of appellate review of remand orders “permits a court of appeals to review any issue encompassed in a district court’s order remanding a removed case to state court…”  The companies argued that the Fourth Circuit had improperly ignored several alternative grounds justifying removal of the case to federal court, including that federal common law governs claims of interstate air pollution.  The Supreme Court granted a writ of certiorari to review the case on October 2, 2020.

On May 17, 2021, the Supreme Court ruled that the Fourth Circuit erred in holding that it lacked jurisdiction to consider all of the defendants’ grounds for removal under §1447(d). BP PLC, et al. v. Mayor and City Council of Baltimore, 593 U.S. ____(2021).  The Court held that, once the defendants removed the case in reliance on §1442 “and the district court ordered the case remanded to the state court, the whole of its order became reviewable on appeal.”  Slip op., No. 19-1189, at 5.  The Court based its decision on an interpretation of the language of §1447(d).  The decision, authored by Justice Gorsuch, emphasized in the second sentence of its opinion that “the merits of [the City’s climate change] claim have nothing to do with this appeal.  The only question before us is one of civil procedure[.]”  Id. at 1.  The Supreme Court also noted that it would not consider the merits of the defendants’ removal arguments, finding that “the wiser course is to leave these matters for the Fourth Circuit to resolve in the first instance.”  Id. at 14.

Justice Sotomayor wrote the lone dissent, based on her view that the longstanding rule has been that remand orders are generally not subject to appellate review.  Slip op. at 1 (Sotomayor, J., dissenting). Justice Sotomayor asserted that the majority’s interpretation “lets defendants sidestep §1447(d)’s bar on appellate review by shoehorning a §1442 or §1443 argument into their case for removal.  In other words, it lets the exception swallow the rule.”  Id. at 2 . “Unfortunately, I fear today’s decision will reward defendants for raising strained theories of removal under §1442 or §1443 by allowing them to circumvent the bar on appellate review entirely.”  Id. at 7.

Justice Alito took no part in the consideration or decision of this case.

Although the case is now remanded for further consideration to the Fourth Circuit to consider the additional bases raised by defendants in support of their removal petition, parties across the country now have clarity as to which arguments the appellate court must consider when reviewing removal petitions.