WOTUS to Get The SCOTUS Treatment, Again 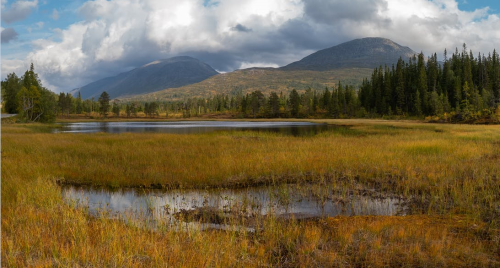 On January 24, 2022, the U.S. Supreme Court agreed to hear a case on the scope and authority of the Clean Water Act (“CWA”). The Court granted certiorari in the case of Sackett v. U.S. Environmental Protection Agency, 19-35469, on appeal from the U. S. Court of Appeals for the Ninth Circuit.

In the most recent Supreme Court treatment, the Court did not reach a majority opinion. Justice Scalia authored a plurality opinion, Justice Kennedy wrote a concurring opinion, and Justice Stevens wrote a dissenting opinion. Following the Rapanos decision, lower courts and the agencies have grappled with whether to follow the framework laid out by Justice Scalia or Justice Kennedy. The primary difference is how they dealt with bodies of waters on the fringe of jurisdiction, like wetlands. Justice Scalia would include in WOTUS: “only those relatively permanent, standing or continuously flowing bodies of water forming geographic features that are described in ordinary parlance as streams, oceans, rivers, and lakes…[and] only those wetlands with a continuous surface connection to bodies that are "waters of the United States" in their own right…” Id. at 739-42. Justice Kennedy went beyond wetlands with a “continuous surface connection” to include wetlands and other bodies of water that have a “significant nexus” to more traditional navigable waters. Id. at 759.

The WOTUS definition was revised in 2015 by the Obama Administration to expand the definition and then in 2020 by the Trump Administration to narrow the definition; with both definitions facing swift legal challenges, including vacatur of the Trump rule in 2021. Just recently, on November 18, 2021, EPA and the Army Corps announced that they were issuing a proposed rule to re-establish the pre-2015 definition of WOTUS. The current proposed rule includes the “significant nexus” standard for non-traditional navigable waters.

In the case currently before the Supreme Court, Petitioners Michael and Chantell Sackett purchased property in Idaho in 2004 intending to build a home. When the Sacketts began filling in the wetlands on the property, EPA issued an administrative compliance order stating the property contained wetlands subject to CWA authority. The Sacketts were ordered to restore the property or face daily penalties. The Sacketts sued EPA, challenging the compliance order. The case has wound through the courts for years, eventually landing in the Ninth Circuit, where that court applied Justice Kennedy's “significant nexus” test and held that “EPA reasonably determined that the Sacketts' property contains wetlands that share a significant nexus with Priest Lake, such that the lot was regulable under the CWA and the relevant regulations.” Sackett v. EPA, 8 F. 4th 1075, 1093 (9th 2021).

In their petition for certiorari, Petitioners asked the Court to take the case to clear up the deep confusion over what standard applies and how it is interpreted by lower courts and the agencies. EPA tried to resist certiorari by arguing that the decision below was correctly decided and not in conflict with any opinion of the Court or other courts of appeals. Now, EPA faces an uphill battle before a Court that is more conservative than in 2006 and, in all likelihood, will be receptive to adopting Justice Scalia’s “continuous surface connection” standard, thereby narrowing the scope of the CWA.

Posted at 04:10 PM in Allison A. Torrence, Real Estate and Environment, Water | Permalink