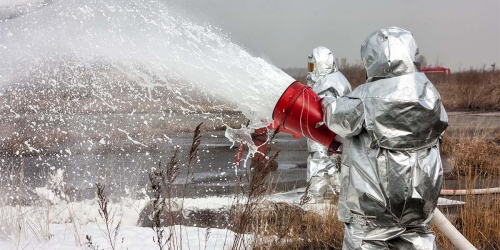 On August 12, 2022, the Office of Management and Budget (OMB) completed its review of U.S. EPA’s proposed rule to designate perfluorooctanoic acid (PFOA) and perfluorooctanesulfonic acid (PFOS) as CERCLA hazardous substances.  Designation as a CERLA hazardous substances would have significant ramifications, including requiring the reporting of releases of reportable quantities of these substances and potentially resulting in the reopening of previously closed CERCLA sites.  These ramifications are discussed in a previous Corporate Environmental Lawyer blog.

OMB had previously designated the proposed rule as “other significant” which would not have required U.S. EPA to issue a regulatory impact analysis (RIA).  “Other significant” designations are reserved for rules expected to have costs or benefits less than $100 million annually.  In response to a number of comments, including comments from the U.S. Chamber of Commerce that estimated annual costs in excess of $700 million, the OMB has changed its designation to “economically significant” which will require U.S. EPA to conduct an RIA.

Although it is very unlikely that the requirement to conduct an RIA will deter U.S. EPA in proceeding with its plans to designate PFOA and PFOS as CERCLA hazardous substances, it will require U.S. EPA to analyze whether its proposed rule is necessary and justified to achieve U.S. EPA’s goals and to clarify how its rule is the least burdensome and most cost-effective and efficient mechanism to achieve that goal.  OMB will review and comment on U.S. EPA’s RIA and may require that changes be made to U.S. EPA’s analysis.

Again, the requirement to conduct the RIA is unlikely to derail U.S. EPA’s efforts to designate these chemicals as CERLA hazardous substances but it could jeopardize U.S. EPA’s summer 2023 deadline for finalizing its rule.  We will continue to track and report on PFAS related issues at the Corporate Environmental Lawyer.