The California Office of Administrative Law (OAL) recently approved a revised Proposition 65 warning label requirement for the use of acrylamide in food and beverages. California’s Office of Environmental Health Hazard Assessment (OEHHA), the revision’s proponent, contends the language will resolve the First Amendment claims being asserted by the California Chamber of Commerce (CalChamber) in federal district court in California.  Following OAL’s approval, OEHHA’s “safe harbor warning” for acrylamide will become operative on January 1, 2023.

Under California’s Safe Drinking Water and Toxic Enforcement Act of 1986, commonly referred to as Proposition 65 (Prop. 65), businesses are required to provide warnings to consumers about significant exposures to chemicals that cause cancer, birth defects or other reproductive harm.  As of February 25, 2022, almost 1,000 chemicals are subject to this requirement and one of these chemicals is acrylamide.

Acrylamide can form through a natural chemical reaction in high-temperature cooking processes such as frying, roasting, and baking, and is commonly found in food products such as coffee, grain and potato products.  Studies indicate that it has likely always been present in foods cooked at high temperatures.

In 2019, CalChamber sued the California Attorney General for violating its members’ First Amendment rights against compelled speech by requiring food products containing acrylamide to include a Prop. 65 cancer warning.  In its complaint, CalChamber alleges that acrylamide was identified as a carcinogen solely on the basis of laboratory animal studies, and that its members will be required to convey “to consumers the false and misleading message that consuming the products will increase consumers’ risk of cancer, even though there is no reliable evidence that exposure to dietary acrylamide increases the risk of cancer in humans.”  The Council for Education and Research on Toxics (CERT) intervened in the matter to defend the Prop. 65 acrylamide warning.

In March 2021, the court issued a preliminary injunction that barred new Prop. 65 acrylamide lawsuits from being filed during the pendency of the litigation, noting that the Attorney General had not shown that the warning requirements were “purely factual and uncontroversial.”  CERT appealed the court’s ruling and on March 17, 2022, the Ninth Circuit Court of Appeals upheld the lower court’s ruling, thereby reinstating the district court’s preliminary injunction.  The Ninth Circuit specifically acknowledged statements by scientific bodies such as the Food and Drug Administration, American Cancer Society, the National Cancer Institute, and even the State of California to emphasize the “robust disagreement by reputable scientific sources” of whether acrylamide can be linked to cancer in humans. On October 26, 2022, the Ninth Circuit denied CERT’s petition for rehearing en banc.

In direct response to CalChamber’s First Amendment challenge, on September 17, 2021, OEHHA issued a Notice of Proposed Rulemaking that proposed the following “safe harbor warning” for acrylamide in food and beverages:

Consuming this product can expose you to acrylamide, a probable human carcinogen formed in some foods during cooking or processing at high temperatures. Many factors affect your cancer risk, including the frequency and amount of the chemical consumed. For more information including ways to reduce your exposure, see www.P65Warnings.ca.gov/acrylamide.

Notwithstanding OEHHA’s efforts to respond to CalChamber’s First Amendment challenge, the new “safe harbor warning” will not stop the ongoing litigation in that CalChamber claims that this new warning language continues to violate its members’ First Amendment rights.  As such, the CalChamber lawsuit will continue to move forward and any subsequent ruling by the court will provide additional clarification on potential First Amendment limitations on Prop. 65 warnings.

We will continue tracking Proposition 65 developments through the Corporate Environmental Lawyer. The chemical industry has received some relief from a November 30th deadline to submit information to U.S. EPA pursuant to the Chemical Data Reporting Rule (“CDR”).  Section 8(a) of the Toxic Substances Control Act (“TSCA”) authorizes U.S. EPA to promulgate rules pursuant to which manufacturers and processors of chemical substances must maintain records and submit information to U.S. EPA.  To that end, U.S. EPA promulgated the CDR that requires entities that manufacture certain chemicals listed on the TSCA inventory in excess of 25,000 pounds annually (lower thresholds apply for certain listed chemicals) to report basic production information to U.S. EPA every four years.  The 2020 reporting deadline had been November 30, 2020.

U.S. EPA recently revised the CDR to comply with the 2016 TSCA amendments.  These revisions were intended to improve the reliability and usefulness of the data collected and reduce the overall reporting burden on regulated entities.  For example, the revised rule allows for the use of data and processing codes based on those already in use by the Organization for Economic Cooperation and Development.  The rule also incorporates exemptions for certain byproducts and amends the requirements to claim that the submitted data constitutes confidential business information (“CBI”) (requiring the upfront substantiation of all CBI claims).

On October 26th, the American Chemical Council requested a 60-day extension from the November 30th deadline, noting significant technical issues with the electronic CDR submission platform.  Notwithstanding objections from a variety of environmental groups, U.S. EPA has extended the CDR reporting deadline to January 29, 2021.  The extension is good news for the regulated community as it works to compile the substantial information necessary to comply with the CDR requirements.

We will continue to track and provide updates on the CDR and other reporting obligations for chemical manufacturer on Jenner & Block’s Corporate Environmental Lawyer blog. 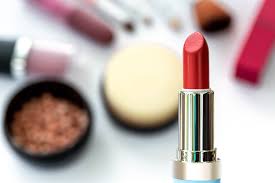