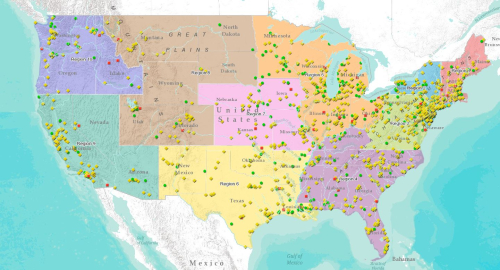 On May 13, 2019, U.S. EPA announced that it is adding seven sites to the Superfund National Priorities List (NPL), which includes the most serious contaminated sites in the country. EPA uses the NPL as a basis for prioritizing contaminated site cleanup funding and enforcement activities.

The Comprehensive Environmental Response, Compensation and Liability Act (CERCLA a/k/a Superfund) requires EPA to create a list of national priorities among sites with known releases or threatened releases of hazardous substances throughout the United States, and update that list every year. EPA has established a Hazard Ranking System (HRS) screening tool, which EPA uses, along with public comments, to determine which contaminated sites should be on the NPL.

Under the Trump Administration, EPA has expressed a renewed focus on contaminated site cleanup, declaring the Superfund program to be a “cornerstone” of EPA’s core mission to protect human health and the environment. EPA Administrator Andrew Wheeler reiterated this focus when announcing the seven new NPL sites:

By adding these sites to the National Priorities List, we are taking action to clean up some of the nation’s most contaminated sites, protect the health of the local communities, and return the sites to safe and productive reuse. Our commitment to these communities is that sites on the National Priorities List will be a true national priority. We’ve elevated the Superfund program to a top priority, and in Fiscal Year 2018, EPA deleted all or part of 22 sites from the NPL, the largest number of deletions in one year since Fiscal Year 2005.

Currently, there are 1,344 NPL sites across the United States. The following sites are being added to the NPL per EPA’s announcement:

Information about the NPL sites, including a map of all sites, is available on EPA’s website.