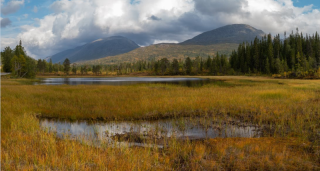 On December 30, 2022, the U.S. Environmental Protection Agency (“EPA”) and the U.S. Army Corps of Engineers (“Army Corps”) announced they had finalized the rule establishing the definition of “waters of the United States” (“WOTUS”) under the Clean Water Act (“CWA”) (the “WOTUS Rule”). This definition is one of the most controversial and highly-litigated aspects of the CWA, if not all environmental law, because it has wide-ranging implications.

The Army Corps and EPA first proposed a WOTUS definition in 1977 and it has faced revisions and legal challenges ever since. The WOTUS definition has faced Supreme Court review in three previous cases, and is currently pending review in the case of Sackett v. U.S. Environmental Protection Agency, 19-35469, on appeal from the U. S. Court of Appeals for the Ninth Circuit.

The current WOTUS Rule goes back to re-establish the pre-2015 definition of WOTUS, and also incorporates guidance from the most recent Supreme Court case, the 2006 case of Rapanos v. U.S., 547 U.S. 715. In Rapanos, the Court did not reach a majority opinion. Justice Scalia authored a plurality opinion, Justice Kennedy wrote a concurring opinion, and Justice Stevens wrote a dissenting opinion. EPA and the Army Corps are incorporating Justice Kennedy’s opinion, which provided that wetlands and other bodies of water that have a “significant nexus” to more traditional navigable waters should be included in WOTUS. Id. at 759. This was in contrast to Justice Scalia’s opinion, which limited WOTUS to “only those wetlands with a continuous surface connection to bodies that are "waters of the United States" in their own right…” Id. at 739-42.

The WOTUS rule will be published in the Federal Register in the next few days, and will be effective 60 days after publication. Legal challenges will surely follow, and its future longevity will likely be determined by the Supreme Court in the Sackett case. EPA had tried to avoid Supreme Court review based on the fact that it was working on a revised rule, but that argument was not successful. Therefore, it is likely that the Court will go forward and make a ruling on WOTUS, potentially undermining the basis for the current WOTUS rule. As always, we will keep you updated on key developments in the Corporate Environmental Lawyer Blog.

More information about the new WOTUS Rule is available on EPA’s website.

Posted at 12:49 PM in Allison A. Torrence, Water | Permalink